Myeloma is no longer the point of no return.

MIOT International has organized MIOT MYELOMA CONCLAVE 2019 on 10th October. It is an enlightening conclave that focused on developments that have been breaking new ground over the last 5 years when it comes to treating myeloma, which is a blood cancer arising from plasma cells.

There was a time when the condition used to be rarely diagnosed in India, mainly due to lack of awareness in the medical fraternity. Few orthopaedic specialists and nephrologists would have picked up myeloma in their patients. Although there is an increase in the number of myeloma cases being presented to Haematology / Bone Marrow Transplant (BMT) units today, there is still the urgent need to spread awareness on a larger scale.

MIOT MYELOMA CONCLAVE 2019 was proud to host Dr. Vincent Rajkumar from Mayo Clinic   (a leading hospital in the US) as the keynote speaker. His expertise in myeloma is matched by very few in the world. With such distinguished presence for company, the conclave has enlightened doctors and other members from the medical fraternity who participated in this conclave. 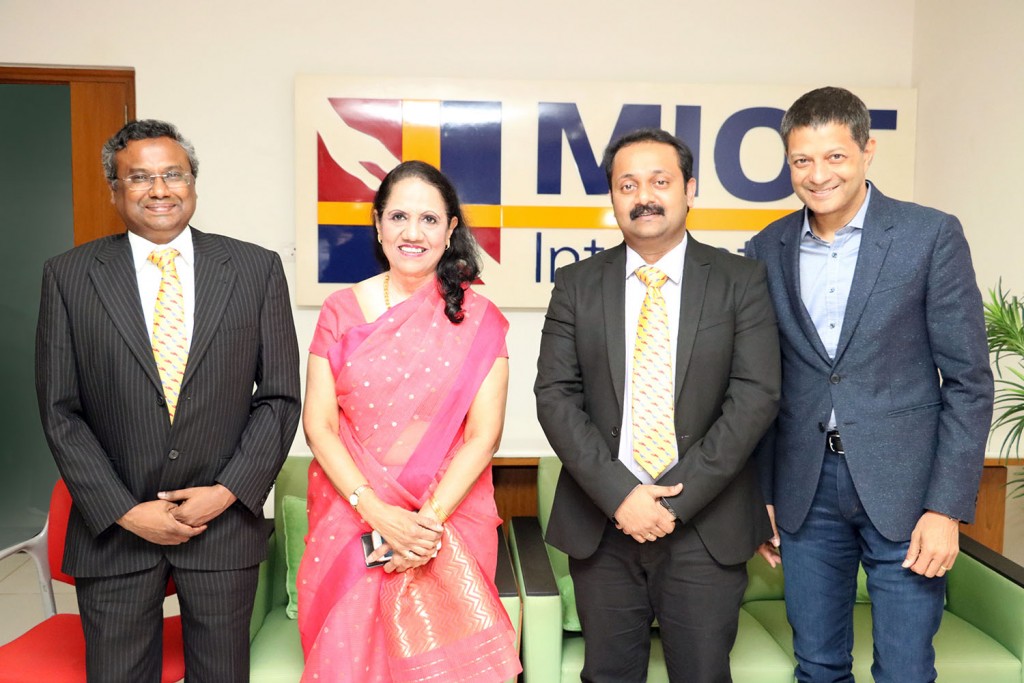 Myeloma is a type of blood cancer that develops in the bone marrow. The bone marrow is home to various type of cells like red blood cells, neutrophils, lymphocytes, plasma cells and platelets. Plasma cells are a type of white blood cells that help antibodies fight infections. When their natural way of functioning gets affected, there will be an unregulated production of plasma cells. A cancerous plasma cell is called a myeloma cell. Myeloma is also referred to as “Multiple Myeloma” because in most cases there are multiple patches or areas in the bone where it grows.

Myeloma is the 2nd most common blood cancer in the world. Men are 1.5 times more likely than women to develop multiple myeloma. While the disease is most frequently diagnosed in 65-74-year-olds, it is not uncommon among younger people these days. Overall, two patients for every 150,000 turn up with myeloma. It adds up to 20,000 new myeloma cases every year in India.

HOW IT AFFECTS THE BODY


This is why most of the Myeloma patients first see an orthopaedic specialist (for fracture, pain) or Nephrologist (kidney related problems) rather than consulting a Haematologist.

Myeloma treatment generally depends on the stage of the cancer. For patients with multiple myeloma, chemotherapy is typically given orally (by mouth, in pill form) or intravenously (by injection into the vein), which comprises of a single or a combination of drugs. Conventionally, six to eight cycles of chemotherapy is administered followed by oral maintenance.

THE DRAWBACKS OF CHEMOTHERAPY

There have been major advances in the last 5 years in the diagnosis and treatment of myeloma. The internationally-accepted standard of treatment when it comes to myeloma patients is to give:


There are novel agents which are independent of chemotherapy, making the treatment of this disease very effective, thereby increasing the life expectancy to many more years, compared to what standard chemotherapy can achieve. Though these drugs give us a deeper understanding of treating myeloma and a control over the disease, curing myeloma fully is rare.

While many hospitals resort to 6-8 cycles of chemotherapy as a treatment method for myeloma, MIOT is one of the few Bone Marrow Transplant centres in the country equipped to follow the internationally-accepted standard of treatment for this condition.

Our protocol in patients up to 70 years of age:

MIOT has invited Dr. Vincent Rajkumar of Mayo Clinic (a leading hospital in the US) to share his experiences and latest developments in myeloma treatment. It is a rare opportunity not only for MIOT’s own doctors, but for the entire medical fraternity in Chennai.

Dr. Vincent Rajkumar is considered as one of the world’s leading authorities in the field of myeloma. It was he who led the shift from conventional chemotherapy to novel agents. Dr. Rajkumar is engaged in clinical, epidemiological and laboratory research in myeloma and related disorders. He served as the principal investigator on several clinical trials for the treatment of myeloma, including the pivotal trials that led to the regulatory approval of thalidomide (the first novel agent) for the treatment of the disease in the United States.

Apart from enlightening the medical fraternity, MIOT MYELOMA CONCLAVE 2019 aims to spread awareness among the general public and help them choose the right treatment and hospital.

About MIOT Institute of Haematology, Haemato-oncology and Bone Marrow Transplant

MIOT International caters to the specialised haematological needs in all specialities under one roof through the MIOT Institute of Haematology, Haemato-oncology and Bone Marrow Transplant. Over the years MIOT has developed as a centre of excellence in Leukaemia, Myeloma and Lymphoma treating all types of complex and relapsed cases. The centre’s comprehensive, state-of-the-art facility is easily the most advanced in the country and is headed by an expert team of highly qualified specialists who have worked in some of the best medical centres across the world.